Our mission is to remain an independent community bank providing quality financial products and service that benefit the people and businesses of the communities we serve.

We aim to fully live up to our mission – every day, in every situation. We remain – as we have since 1855 – steadfast in our commitment to serve you and our communities. 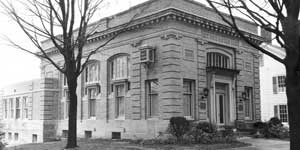